Sadly Casi was lost when away at stud foaling her 2020 colt by Labbadio. A tragic loss of such a beautiful mare, never to be forgotten.

Casiphia (Casi) was bred with the hope of producing a top class future broodmare for the stud. Besides her valuable genetics, she is also an incredible mover with the highest motivation for training.

Casi is a TBF premium graded homebred mare. She also received premium status at her performance test and is graded and performance tested with the British Hanoverian Society. She scored very highly for both her frame and movement, with all three gaits gaining excellent scores from both studbook inspectors. As a foal she was judged to be the highest scoring Junior dressage foal across the whole country at the 2007 BEF Futurity Evaluations.

Casiphia means ‘money’ in Hebrew, a link to her sire’s name. We had chosen this particular sire/dam combination carefully, hoping for a pure bred filly of exceptional quality, and we had all our hopes realised with her arrival. Not only is she a superb stamp of a modern sporthorse, but her pedigree is exceptional from a breeding point of view, being a daughter of a leading broodmare sire and from one of the strongest dam lines in the Trakehner breed.

In addition to being performance tested, Casi was also in training with Grand Prix rider Natalie Allen. Casi was trained to advanced level but sadly a facial injury meant she had to be retired back into the broodmare herd. She had already produced one outstanding foal in 2012, by the leading stallion Furst Romancier. That filly, Ciara, was sold at weaning to Keyland Stud and is considered to be an exciting Grand Prix prospect.  She has since produced a champion show horse in her son Volatis Cruzardo (by Schwarzgold) and the incredibly moving filly Volatis Fortune (by Foundation).  She is now in foal to the talented young Hanoverian stallion Labbadio. 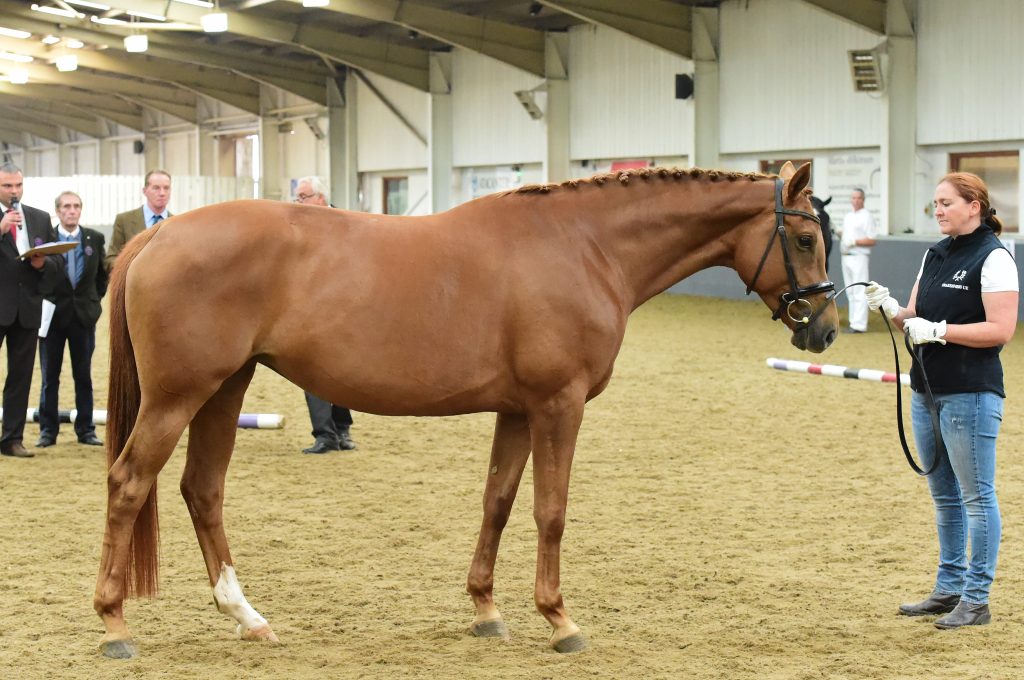 Casi is a daughter of the extravagant moving stallion Tycoon, a superbly bred son of the international jumping sire Donaumonarch. Tycoon is a fabulous moving stallion, with immense power. His daughters have been particularly successful, including the Bundeschampion and advanced eventer Amazing Grace TSF, the 2002 Champion Trakehner mare Lantana and the dams of the Champion stallions C’est Bon and Le Rouge. His record as a broodmare sire is what attracted us to him initially. In the 2011 German Breeding Indices, he was the number one improver of the canter.

Her dam is the graded Trakehner mare Fleetwater Caprice. This is a mare with exemplary breeding, her dam is a half sister to the Elite Stallion Connery, from the female line of Cornau. Cornau produced the elite stallion Consul, the Grand Prix mare Corna, who herself produced the stallion Checkpoint. Connery is the sire of one of the top German Grand Prix dressage horses – Imperio. Caprice’s sire is the eventer stallion Achtermann who was graded in Germany by the Trakehner Verband as a 3yo, before being imported and graded with the SHB and BWBS. From a small number of foals he produced the graded stallion Fleetwater Swift and a number of good young eventers.

Caprice also produced Volatis Cleio for the stud, who was judged champion partbred Trakehner as a yearling.