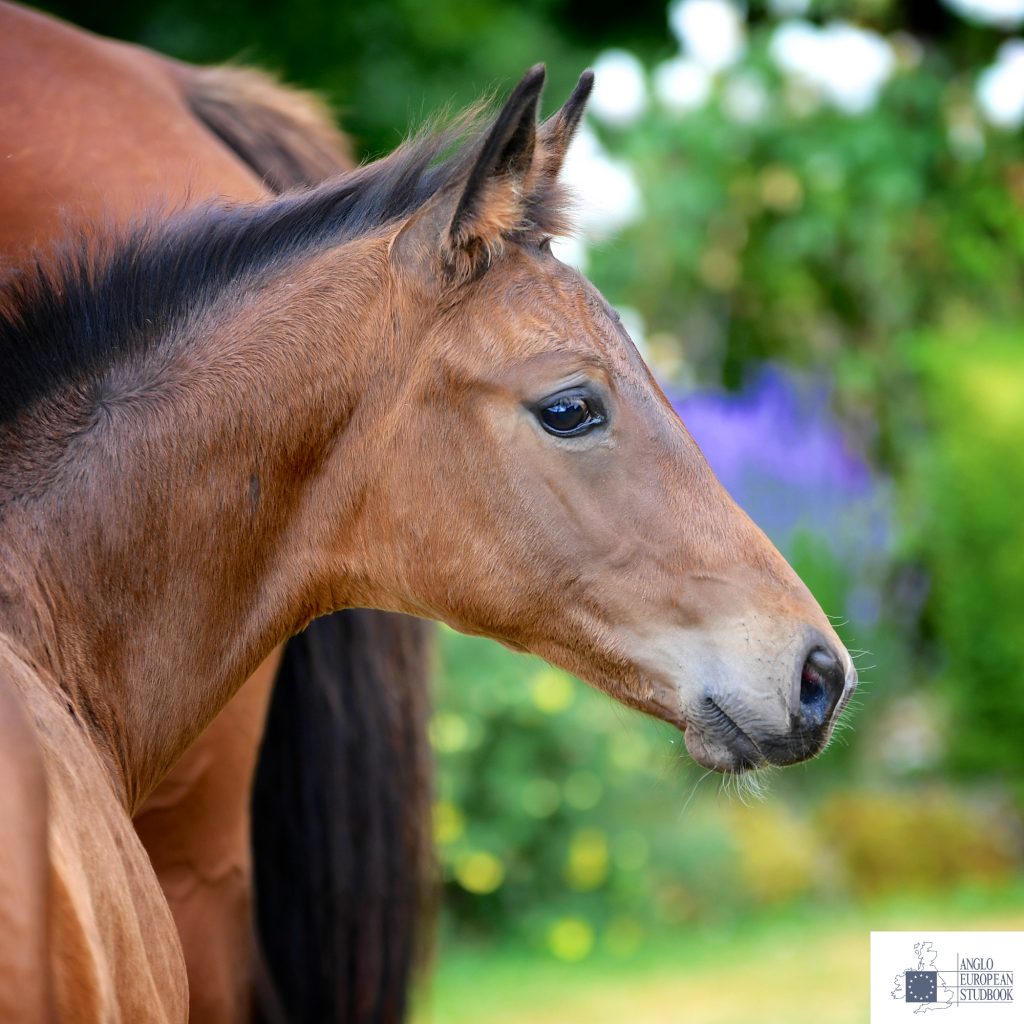 Rothschild is known as ‘Britz’ at home. Born 8th April, he is a full brother to the stunning filly and multiple show champion Volatis Rio Tari. He is extremely elegant with a wonderful length of rein, great bone and built naturally uphill.

Britz was bred with a performance career in mind. Her sire Rotspon was selected as he is a proven producer of Grand Prix and advanced dressage horses for amateur and professional alike, especially well known for the great ridability he passes on. His dam ‘Elf’ is a beautifully made mare who has produced some very athletic and sporty offspring who will soon be starting their competition careers. Her pedigree is packed with both sport horse and grading champions.

Britz’s registered name is Volatis Rothschild. Chateau Rothschild is one of the most valuable wines in the world, and sire Rotspon’s name translates as a type of German red wine. The word Rothschild also has links to Sacha’s childhood in Kenya.

Britz is for a sale to a good competition or showing home. 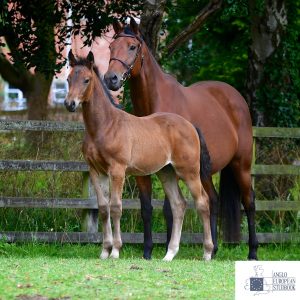 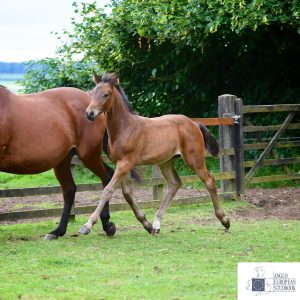 Britz’s sire is the Celle State Stud stallion Rotspon. The beautiful black stallion is famed for his great character and his ridability under saddle, which he reliably passes on to his descendants. His supple paces and ground covering walk that he also successfully passes on, have seen him rise to the top 30 dressage stallion in the world (2015 WBFSH rankings).  His son Rosevelt was part of a very strong US Olympic team that took the Bronze medal in Rio. Rotspon was also the damsire of Olympic Team Gold Medallist Showtime.

This great ridability is a legacy of Rotspon’s sire Rubinstein, who remains to this day one of the most important influences in modern dressage horse breeding. The rest of Rotspon’s pedigree contains names such as Argentan and Pik Bube, classic influences on modern sporthorses.

Rio’s dam is the dual graded Trakehner mare Harmsworth Elfinesque.  Elf is highly graded with both the Trakehner and Hanoverian studbooks and brings to the table a superior walk and canter, super limbs and feet and great Trakehner beauty. She descends from the valuable Elfe mareline that has produced champion stallions and top sport horses. She is closely related to the leading young Grand Prix mare Rosafina. For further information on Elf and her pedigree please see her page HERE