I have always enjoyed the challenge of breeding coloured sporthorses, aiming to add colour to performance genetics.  And I am a huge fan of the Trakehner breed. Therefore to be able to add a homozygous tobiano (guaranteed to produced coloured offspring) Trakehner mare from a really good mare family was a real bonus to my breeding programme. 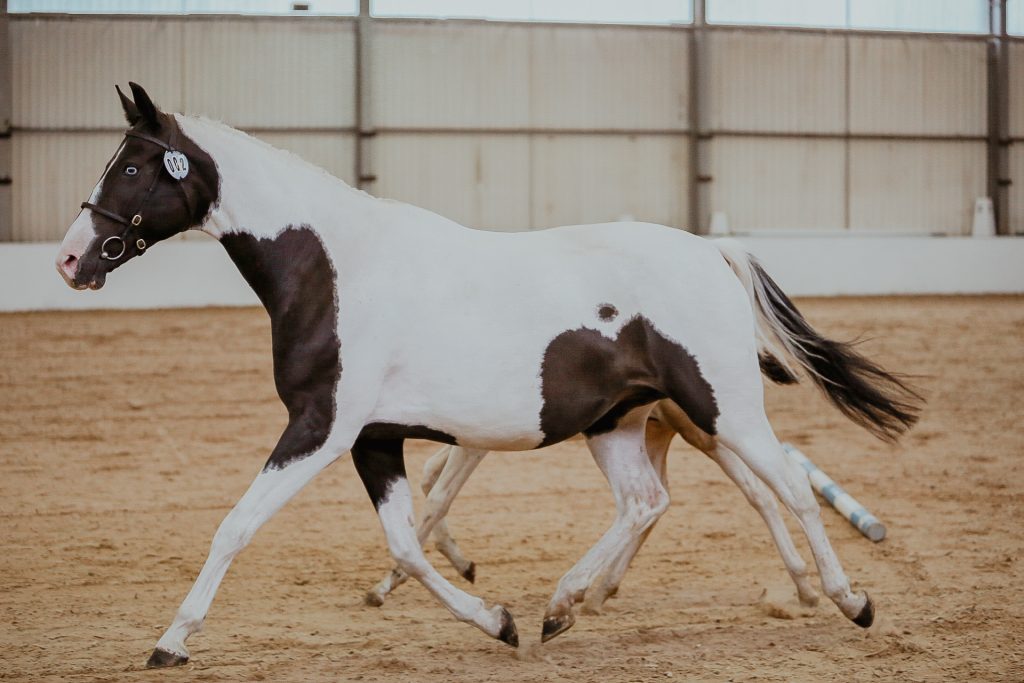 After being sold by her breeder Candice fell into difficult circumstances but has blossomed since coming to Volatis into a wonderful broodmare. She was presented for grading to the Trakehner Breeders Fraternity in 2021 with super comments about the quality of foal she was producing and was successfully graded into the studbook. She has the most wonderful temperament and three above average gaits. 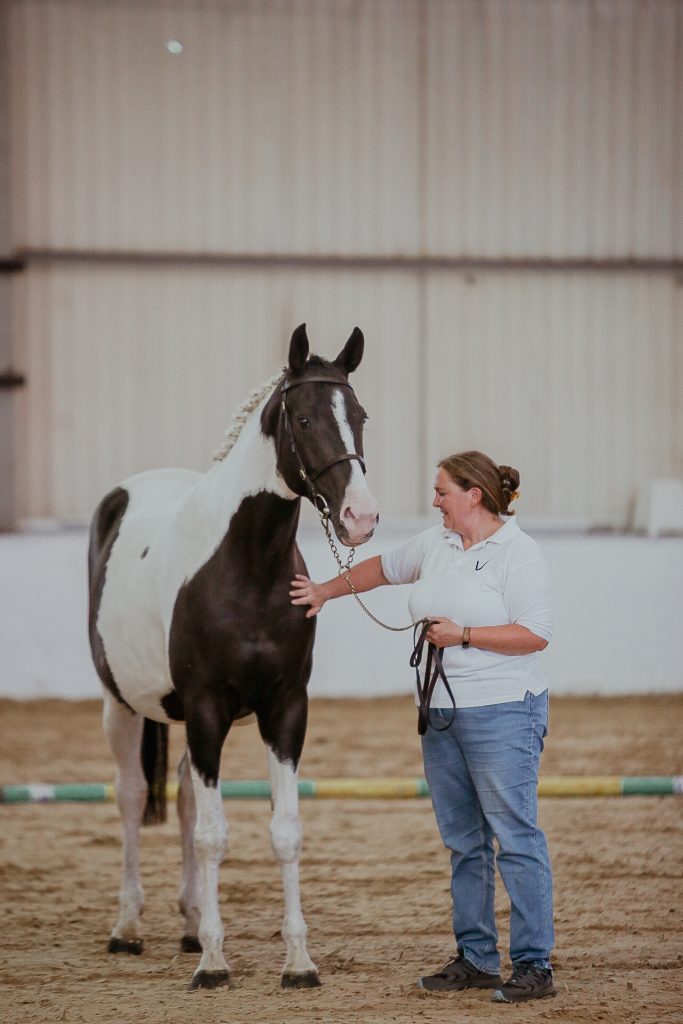 Candy’s sire Count Lindeau was purchased from Germany by Honeybrook Stud. He is by the lifetime approved and performance tested Grande Couleur who was approved at Neumunster in 2005. He was described as a large framed stallion with a solid foundation and very scopey jumper. Count Lindeau’s mare family has also produced the 3 star eventer Clair De Lune Blanc and licensed stallions Come Close, Cest Bon and Chronist.

Candy’s motherline is very interesting having produced excellent sporthorses and a number of approved stallions. Her dam Casablanca was imported from Germany and has also produced the licensed stallion Camero who evented in Germany before being exported to Australia where he spent most of his breeding career. Casablanca is the half sister to the well known sire Camaro (see below), Carisma (dam of 3 licensed sons and 1.45m jumper Lex Van de Dreef). Another half sister Chanell II produced the Trakehner licensed Contrieu and CCI** and dual European Young Rider team medallist (Gold & Bronze) Cappuccino TSF)

Camaro is the best known licensed tobiano Trakehner stallion. He was an eventing Bundeschampion finalist at 5 and qualified again the following year. He competed in both eventing and show jumping to M level. He is the sire of graded stallions such as Gabun, Camero and Chess M, elite auction offspring and premium mares. Known for passing on his excellent temperament and ridability his competition offspring include Classix Royal And Coloured Moonlight (M** SJ), Gabun (M** dressage),  Aisfee (M* SJ), Piccolino C (M* dressage) and Davido (CCI**).

This mare family is a very new one to the Trakehner studbook, starting with the Thoroughbred mare Cresta Star who is Candy’s great-great grandam. Cresta Star had 5 daughters who went into the Trakehner studbook and in addition to the horses mentioned above this family has produced such stars as the Elite stallion Schwarzgold who qualified for the Bundeschampionate 4 years in succession and has produced licensing champions and multiple mare champions. He competed successfully to S level and is one of the leading modern day sires in the breed. His full sister Standing O’Vation was a finalist in the 6yo World Championships in Ermelo and is now competing at Inter II. Also hailing from this family are the Grand Prix dressage horse Sir Arthur TSF, The Bundeschampion qualified Premium mares Scarlett O’Hara and Skyline and CIC eventers Cara Feliz, Caramatcho and Sean Connery.