Trenda was purchased in 2016 after a long search for a broodmare from an outstanding motherline, an in Trenda we hit the jackpot. She was imported from Holland as a top flight competition horse but an unfortunate foot injury meant she retired to Woodlander Stud as a broodmare.

Trenda produced a number of very exciting foals for the team at Woodlander, and was also graded into the British Warmblood, Oldenburg and Hanoverian studbooks. She produced her first Volatis foal in 2017, an outstanding colt by the incredibly exciting young stallion Feinrich (Furst Heinrich x Sir Donnerhall) was the highlight of the Elite Foal Auction and sold to an excellent dressage home. Her next two daughters have been of beautiful type, temperament and movement and Trenda then produced for us her second foal by the incredibly talented Marc Cain (Millennium x Don Primero) which was the incredibly modern, huge moving colt Moriarty.

Trenda is a medium sized mare with super limbs and flowing topline. She passes on her fabulous neck set and active hindquarter to her offspring. In addition to the physical attributes she passes on, Trenda also posses a most valuable genetic contribution. Her dam Glenda is the full sister to one of the most important stallions in international dressage breeding – Ferro. Her pedigree is packed with performance horses, which are highlighted in more detail below. 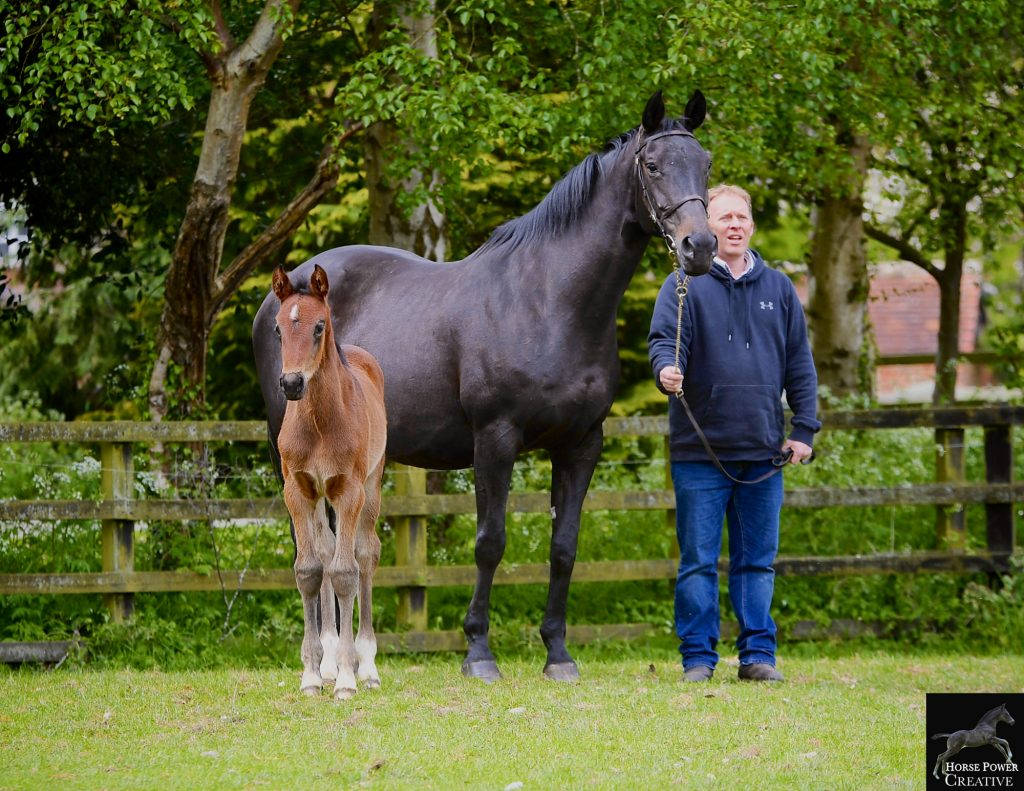 Although it is the damline that is the highlight of Trenda’s pedigree, lets start with her sire Mondriaan.

Mondriaan competed himself to PSG, and is the sire of Grand Prix horses, including Superman who competes for the US. Mondriaan’s sire Blazflug was a fabulous Trakehner who was Reserve Champion of his Performance Test and was licensed with both the KWPN and Belgian studbooks, but unfortunately died at a young age. Mondriaan is the sire of the AES licensed Trustfall, and also the damsire of the AES licensed stallion Adonnis.

Trenda’s dam is the Keur mare Glenda, a daughter of Ulft. Ulft was a successful competition horse, and besides the great Ferro, was also the sire of several other international dressage horses including Argentile Gullit and Habibi. Glenda is the dam of the exciting international dressage horse Ulysses La Haya (by Gribaldi) and the advanced dressage horses Vital (by Future) and Zoran ( by Sunnyboy). Another daughter Klavira (by Ladalco) is the dam of the Elite mare Sinclaire.

Glenda is the only full sister of the legendary KWPN stallion Ferro.

Ferro was ridden by Coby van Baalen to win team silver at the 1998 World Equestrian Games, 1999 European Championships and 2000 Olympic Games, and they were runners up in the World Cup Finals. Ferro was famed for his superior piaffe and passage and left behind some outstanding stallions sons including Negro, Metall, Rhodium, Kennedy and Rousseau. He was truly one of the best progenitors in the world, with countless offspring competing at Grand Prix level. Even in 2016 he is still responsible for some of the best dressage horses in the world such as his son Glock’s Undercover (European Gold & Silver Medallist and Olympic Bronze), his grandson Valegro (by Negro, Olympic, World and European Gold Medallist), and grandson Uthopia (by Metall, Olympic Gold and European Silver and Bronze Medallist).  And there are younger dressage stars coming through who will ensure his legacy in the future such as his grandsons Blue Hors Zack and Ampere ( both by Rousseau), and Duval’s Capri Sonne (by Rhodium).

Ferro’s dam and Trenda’s granddam was Brenda, who was awarded all three KWPN predicates – ster, preferent and prestatie. The mare line goes back to the Hanoverian Prefekt, and one of the old Gelders foundation families. Brenda also produced the advanced mare Lacenta (by Haarlem) who has produced a number of predicated offspring.