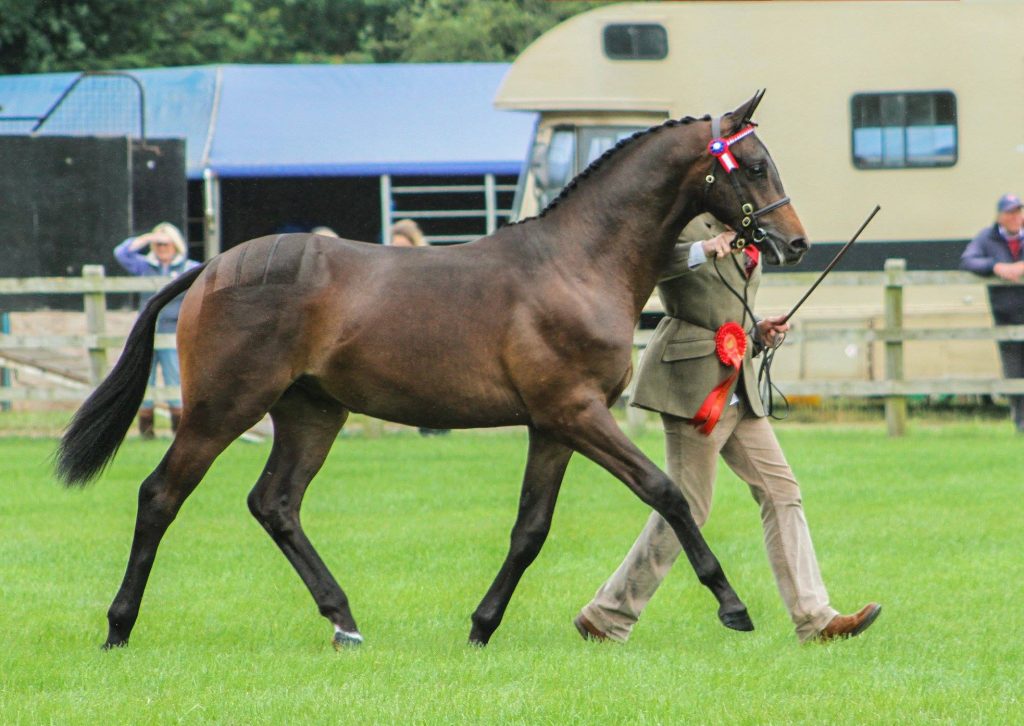 Cruzado (Cruz) was born on 13th April 2017. He has a wonderful consolidated pedigree with some of the greatest names in modern Trakehner breeding. He is very influenced in his type by his wonderful sire, and has wonderful limbs, and a strong frame.

Like his dam, Cruz has an absolutely superb walk, covering the ground and using every inch of his body. His canter is strong and uphill, with real power.  The trot continues that uphill theme with the hind leg strongly under the body.

Cruz has the type, temperament and movement to make an exceptional competition horse, he is currently on loan to Caron with a view to a competition debut in 2022. 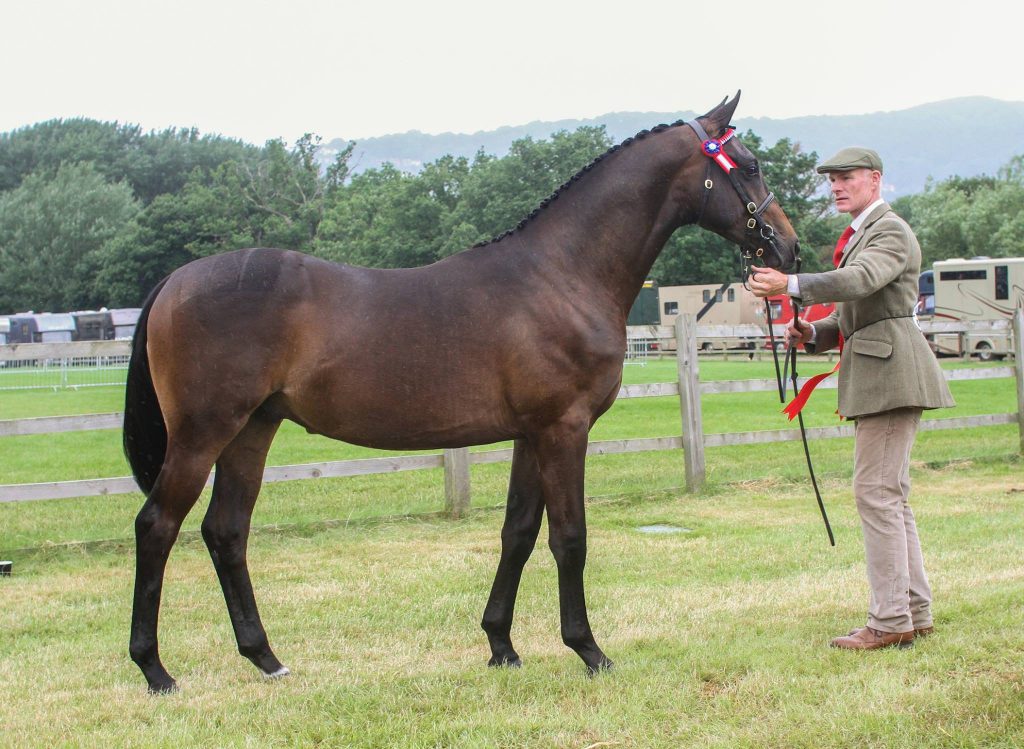 Cruz’s sire is the leading young stallion Schwarzgold.  A premium stallion at his grading in 2011, he immediately started producing champion foals from his very first crop. That first crop then produced the licensing champion Perpignan Noir. In the meantime Schwarzgold had been named the champion 4yo Trakehner stallion at the Bundesturnier, and qualified for the Bundeschampionate every year between 2012 and 2015 . His daughters have been awarded numerous grading championships, and in 2016 he sired both Champion and Reserve mares of the year at Neumunster.  Schwarzgold is already winning at S level dressage despite his busy breeding schedule.

Schwarzgold’s sire is the international Grand Prix star Imperio. Imperio and his rider Hubertus Schmidt were the reserves for the German team in Rio and look likely contenders for future team places. Imperio’s son Heuberger is one of the leading young Grand Prix horses in Germany. Imperio’s sire is the Elite stallion Connery.

Schwargold’s dam line is excellent. His dam Seeconda has also produced the young Grand Prix performer Sir Arthur and a number of top premium mares, including the young international star Standing Ovation. Her sire is the legendary Consul – performance test champion, elite stallion and stallion of the year.

Cruz’s dam is the the home bred dual graded Premium Trakehner mare Volatis Casiphia.  Casiphia is graded and performance tested with both the Trakehner and Hanoverian societies. Her oldest foal Volatis Furst Ciara is showing incredible potential under saddle and is considered to be a Grand Prix prospect. Casiphia hails from the great mare family of Corrida, that has produced leading stallions Consul, Connery and Cadeau. This means that Cruzado’s pedigree is consolidated on this fabulous motherline. For more information on Casiphia please see her page HERE