Dona Dior is known as ‘Pascha’ at home. Born on Easter Friday (30th March), she was named Pascha as that is the Greek name for Easter.

This stunning filly has an huge supple walk and the most lovely type. We were lucky enough to lease back her dam Delta for the year to breed from this fabulous family. We choose the British bred Hanoverian stallion Don Dante, the Grand Prix dressage stallion who would enhance the great ridability of the mare line with power and a strong frame. Pascha now belongs to Caroline and will be seen in the show ring this year. 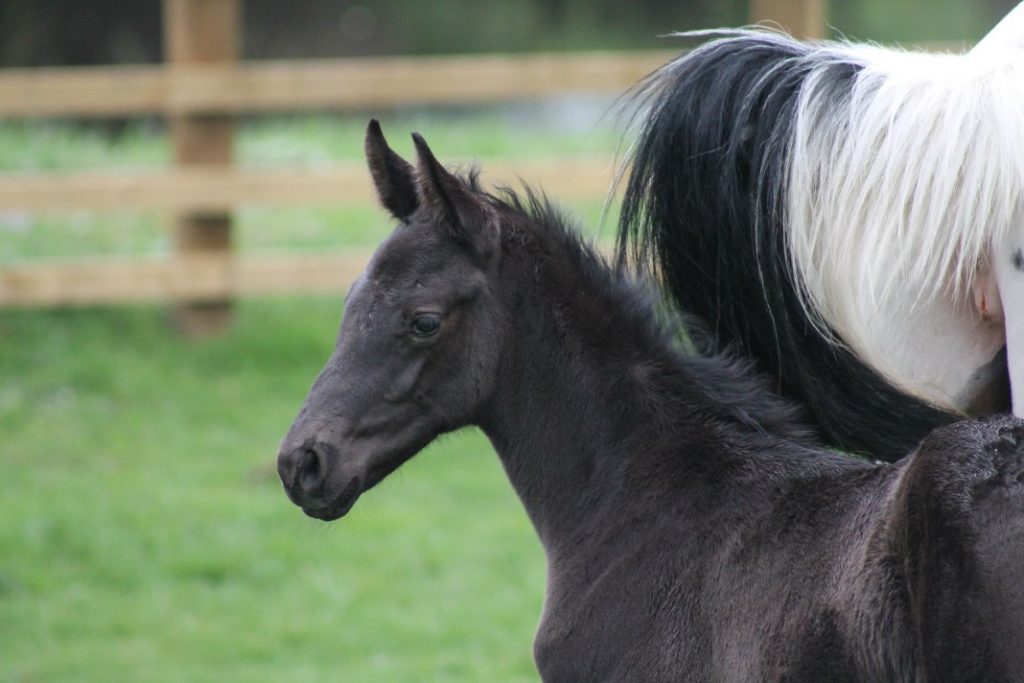 Pascha’s sire Don Dante is a son of the late leading Hanoverian sire Dancier. Don Dante is now winning at Grand Prix (2021). He added the Reginal Inter 1 Vice Champion title to his impressive collection of Regional and National titles.  Dancier is the sire of some very talented Grand Prix horses, Bundeschampions and breeding stallions such as Don Noblesse, Danciano and Lordsbridge Dancing Diamond.

Pasha’s dam Volatis Delta was bred by us and sold as a foal to her owner Kerry Jagger. She was successfully shown at County level under saddle and had started her own dressage career when an unfortunate injury meant she had to be retired. We were offered Delta on breeding loan for the season to produce Pascha.

Delta’s sire is the World class international star Damsey FRH. Ridden by Helen Langehanenberg, the Hanoverian stallion has won the European Team Gold for Germany in 2017 and is currently the World Number 6, despite his rider’s recent maternity break. Delta’s dam Dee Dee G was a foundation mare for Volatis Stud, dam of two licensed sons, champion of her own grading, and brings the valuable genetics of HOYS Champion Stanhopes Dueka and a Thoroughbred motherline. 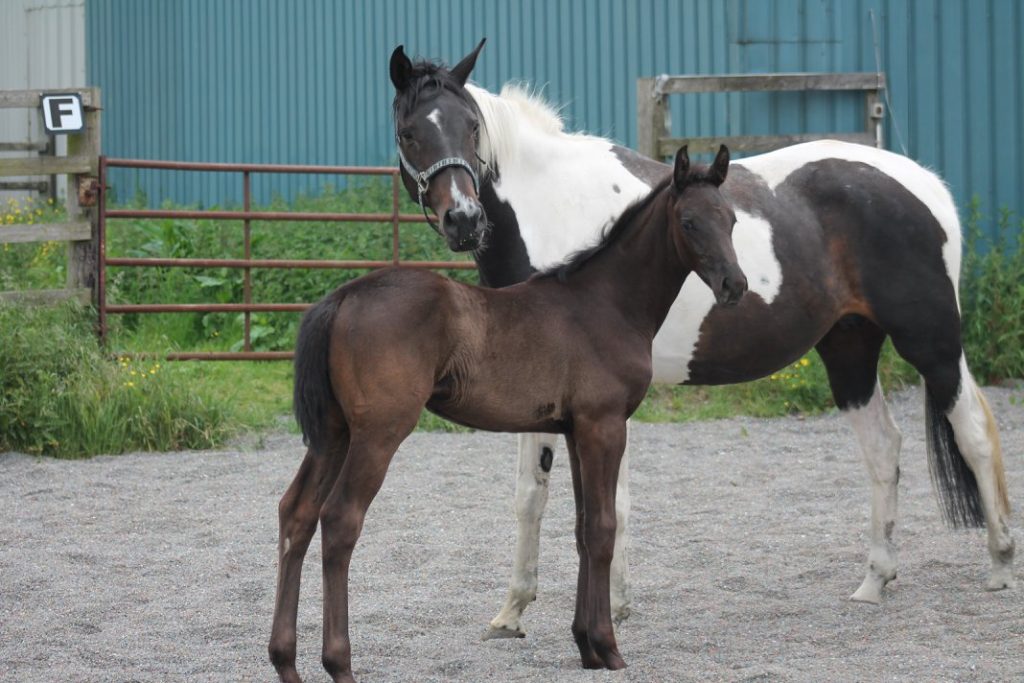