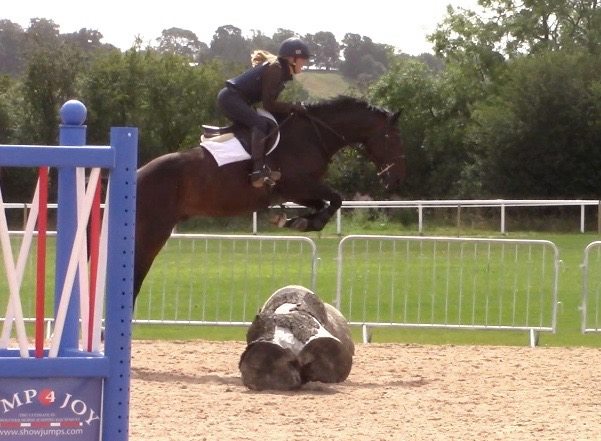 Taranis (who is named after the Celtic god of Thunder) is known as Zulu at home. He was the last foal of our fabulous advanced eventing mare Desert Storm (Gerty) and is bred to be a top class sporthorse. A combination of proven eventing success and a back pedigree that boasts fabulous jumpers and dressage horses means that expectations are high for his future career.

Zulu was backed in Spring 2016 by Andrew James and then schooled on by Eliza Stoddart. He was then purchased by Andrea Pawson and together they are having great success in one day events as they get to know each other, with their eyes firmly on competing at BE. 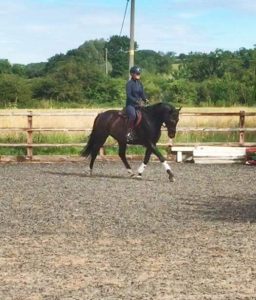 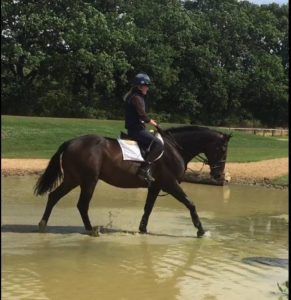 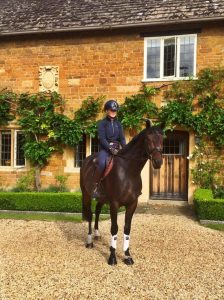 Sire: Zulu’s Holstein bred sire Carousel was privately owned for the majority of his stud career, and covered a limited number of mares, but includes the Burghely CCI**** winner Carousel Quest among his top performers. He has also produced the 4 star performer Quixotic and the Foxhunter finalist Clockwork III. Carousel himself had a successful show jumping career as a young horse and was champion of his grading with the AES in 1994.

Carousel’s sire Caretino was a Grand Prix show jumper himself and is the sire of Casall, not only one of the best show jumpers in the world but one of the leading sires in the Holstein breed. Other medallist’s sired by Caretino include Ballerina (Team Gold European Championships 1997) and Chandra (Team Bronze European Championships 2001). He has also sired Grand Prix dressage horses such as Nadine Capellmann’s Cockney.

Carousel’s maternal grandsire Roberto was responsible for a lot of horses with a talent for dressage and is also dam sire of the Grand Prix horse Carabas (sire of Cayenne W).

Desert Storm, known at home as ‘Gerty’ was a great asset to the Volatis Stud broodmare herd. Under the name Tall Order III she evented with an amateur rider right through the grades to advanced level. She completed 2 CIC** events in only her 2nd season, and her 3rd season saw her qualify for and complete Gatcombe Intermediate Championships, and Weston Park 3DE and a well deserved 6th place at Windsor 3DE. In 2005 she took on the role of schoolmistress for her owner’s young son, completing 2 Open Novice events and successfully competing in Junior Show Jumping classes. She also competed successfully in the dressage arena, with victories at elementary and medium level. Gerty ended her eventing career with 77 BE points, 23 BD Points, and she also had BSJA winnings.

In September 2007 Gerty was presented for grading with the SHB at the National Hunter Show. She was awarded Head Stud Book status and was the 2nd highest graded mares in the country that year. Sadly we only bred 2 foals from Gerty and have no fillies to continue her legacy.

Gerty was a daughter of the incredible show jumping stallion Landino. Landino has proved to be a great stallion producer, with sons like Lanciano and grandsons like Lord Sinclair, who was twice German National Champion. Although a jumping bred Holstein by the immortal Landgraf, Landino was a big influence in Westfalia, and known for producing both jumpers and good moving dressage stock.
On her dams side Gerty was a product of top British breeding, her dam Star of India, also known as Zara, was a winner and Champion at Malvern as a 4yo, and is a grand daughter of the great Kadir Cup, a top HIS stallion of the 60s and 70s. Her full brother was an advanced eventer with Chris Collins.
Therefore Gerty possesed not only an extremely impressive competition record but also a fabulous pedigree with top performance blood on both top and bottom.